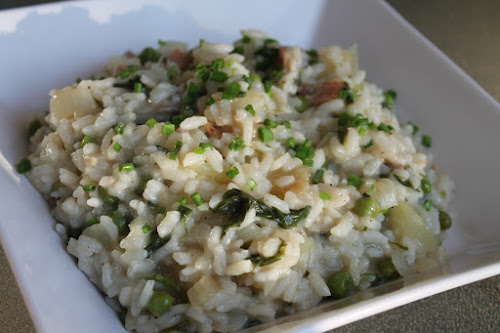 When I was a kid, my mom sometimes cooked with a pressure cooker, and I was always thankful the kitchen was still intact when she was done. It was a noisy scary thing, with a little metal top that jiggled constantly like the whole thing could burst at any moment.


My pressure cooker, which I got for my birthday this year, is nothing like that. The Fagor Duo 10-Quart pressure cooker is quiet with no movement apart from a gentle flow of steam. The instructions assured me there are multiple safety features to prevent an explosion. All in all, it feels quite safe and I was quite pleased with its inaugural dish: a spring risotto. 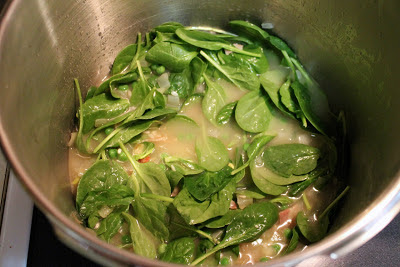 Getting the texture of risotto just right is important, and I was skeptical whether a pressure cooker could do it. The grains of rice need to be al dente, like pasta: cooked through but still chewy. After sweating the aromatic vegetables and briefly toasting the grains, would I open the device a few minutes later to find mush? 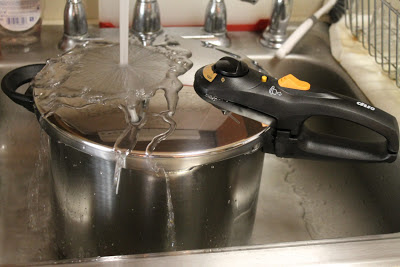 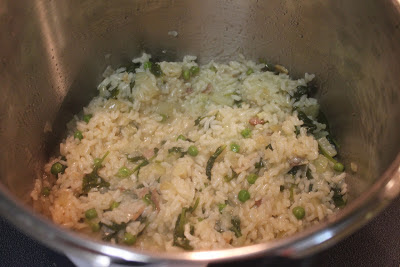 Thankfully no. The texture of the rice was spot on. It was really quite good. And instead of stirring the broth in over the course of half an hour or so--stirring frequently--the cooking time once the liquid was added (all at once) was just 7 minutes, less than a third of the usual time.

As for selecting a pressure cooker, I chose mine for several reasons. I opted for a stovetop model over an electric one, since it allows you to use the pot for sautéing and browning, whereas an electric model requires a separate pan for that. I chose a 10-quart model since a larger pressure cooker is more versatile (I could do canning in this one if I chose to). America's Test Kitchen also highly rates Fagor.

2. Add peas, spinach and broth and stir to combine. Close and lock the lid. Set the cooker to high pressure (15 PSI). When the pan reaches pressure, lower the heat and cook for 7 minutes (follow your pressure cooker's instructions for achieving high pressure and setting the temperature, as they may vary by model and will vary depending on whether you use a gas or electric range).

3. Use a quick-release cold water method to subside pressure and open the cooker. Stir in the grated cheese. Serve in bowls topped with fresh chives.
Posted by Cook In / Dine Out at 12:00 AM