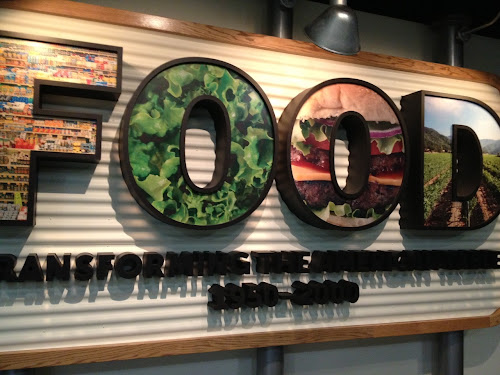 Canola oil is the third most widely consumed vegetable oil in the world, but wasn’t widely commercially available until the ‘90s, following the development of genetic modifications that made it suitable for human consumption. That’s just one of the fun facts I learned at the Smithsonian National Museum of American History’s new exhibit Food: Transforming the American Table 1950-2000, which opened last week and runs indefinitely.


Although smaller than last year’s National Archives exhibit “What’s Cooking, Uncle Sam?,” I liked this exhibit better because of its broader scope and focus on the influences that have led to the evolution of American eating habits, which continue to change as new trends inform taste and our thinking about nutrition.

The exhibit begins with the post-war era, a time when industrialization, suburbanization and scientific innovations led to great changes in how and what Americans ate, notably the introduction of convenience foods (think T.V. dinners and snacks like Fritos) and new technologies like the microwave oven. Food was plentiful, increasingly easy to make and affordable. Whether it was delicious was another story. 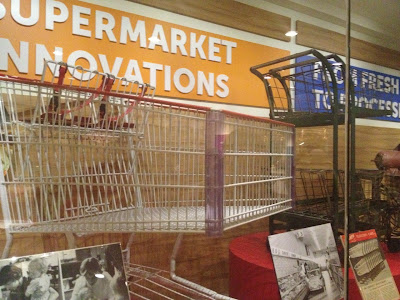 Large grocery stores were an important innovation at that time, allowing consumers to get all their food from one place. Along with those stores came the “telescoping” grocery shopping cart, the kind of carts we know today that stack together in a row, usually lined up by the doors as you enter. It’s amazing how small the original carts where, which the exhibit juxtaposes against the much larger modern warehouse-style cart. 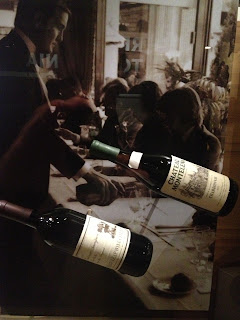 A prominent section on the American wine industry reminds visitors that until the late ‘70s, American wines were not held in as high regard as those from Europe. The famous 1976 “Judgment of Paris” wine competition, in which American Stag’s Leap Wine Cellars' Cabernet Sauvignon and Chateau Montelena's Chardonnay beat their European competitors was a turning point for the global prominence of American wine (a story nicely told in the 2008 film Bottle Shock). Although in 1950 fewer than half the states had wine operations, today wine is grown in every state.

Other notable sections of the exhibit include displays on ‘60s counterculture’s contribution to food, Alice Waters and Chez Panisse’s influence on organic and local movements and the growing contribution of ethnic foods, with Mexican getting a nice display that include tortilla makers and a margarita machine. A table in the middle of the exhibit allows visitors to rest a bit while perusing various historic nutrition models like the “food pyramid,” along side some examples of similar schemes from other countries.


Julia Child’s kitchen stands at the entrance and exit to the exhibit, which is the perfect metaphor for American cooking from 1950 to 2000, since she’s been influential almost that entire time from the publication of Mastering the Art of French Cooking in 1961 up through her death a few years ago and the film Julie & Julia.
Posted by Cook In / Dine Out at 6:29 AM

Email ThisBlogThis!Share to TwitterShare to FacebookShare to Pinterest
Labels: museum