Christopher Ewing takes after his father in many ways. To represent their connection, this drink, like The Bobby, features ginger.

Like is cousin John Ross, Christopher wants to be in the energy business, but rather than pursue oil, he's an alternative energies man. Thus his drink also has a fiery kick like The John Ross, but instead of jalapeño, it gets that kick from ginger-peppercorn syrup. 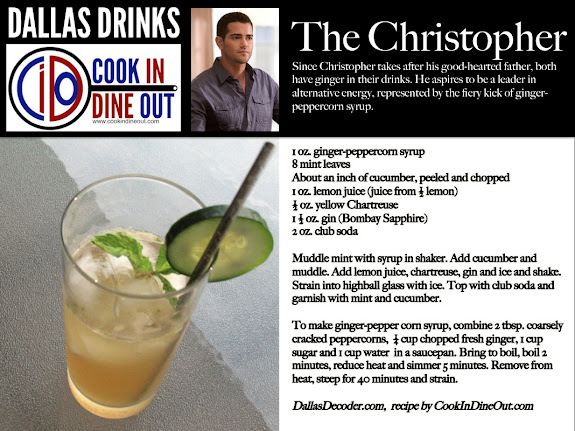