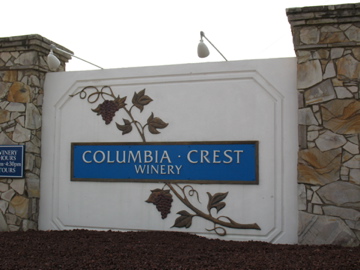 Just like many restaurants, we have a house wine, or rather a house brand of wine, which is Columbia Crest, the Paterson, Washington winery that makes great wines at exceptional value. I can't remember when we became fans of Columbia Crest, but we've been devoted to the brand for many years. Chris and I had the chance to visit the winery in 2009, which was real treat.


Columbia Crest divides its wines into four tiers. At the high end is the Reserve label, which the winery considers its top 1% of wines. Its selection is the most limited and varies, dominated by reds. They occasionally make a Reserve dessert wine. They retail for $30-$75. 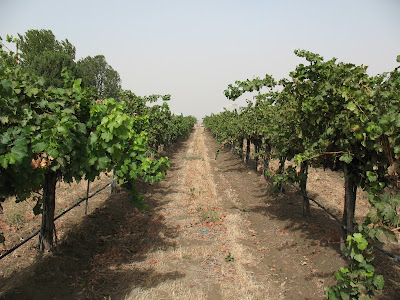 There are two mid-tier labels: Horse Heaven Hells or H3, which retails for $15, and the more common Grand Estates line, which retails for $12, but can frequently be found at much lower price. Calvert-Woodley, for example, routinely prices Grand Estates at $8 and sometimes marks it down even lower (I've seen it as low at $6.88). Grand Estates is a real bargain. Even at $12, it tastes more like a wine priced in the $20s, with reds that exhibit rich, bold flavors. There are six varieties of H3 and eight of Grand Estates, including cabernet sauvignon, merlot, chardonnay and pinot gris in both. One of the more unusual Grand Estates offering is the Amitage, a red blend of mostly merlot with syrah, cabernet france, cabernet sauvignon and malbec, which sounds like an attempt to make a distinctive meritage (rhymes with "heritage"), an American version of Bordeaux. 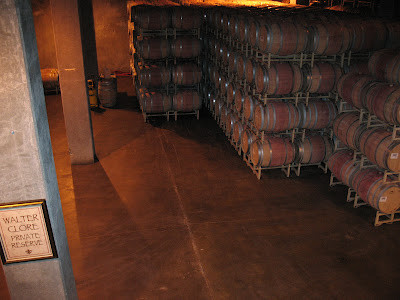 On the bottom is the Two Vines brand, of which there are nine types that retail for $8, but like Grand Estates, can routinely be found for less. They aren't bad, but represent a significant drop in complexity from Grand Estates, which is usually only a little higher in price. From a cost/benefit standpoint, I usually find the best value in the Grand Estates line, which rarely disappoints. 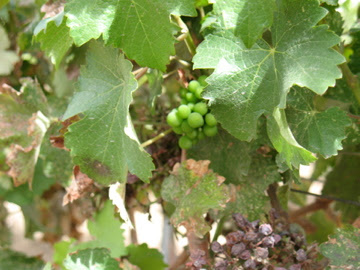 We almost always have the Grand Estates merlot and cabernet sauvignon on hand, making them our "house" wines. We've noticed differences from year-to-year: sometimes we like the cab better; sometimes the merlot is king. I generally prefer the years when they do more blending, particularly if there's a higher percent of cabernet franc to add depth. 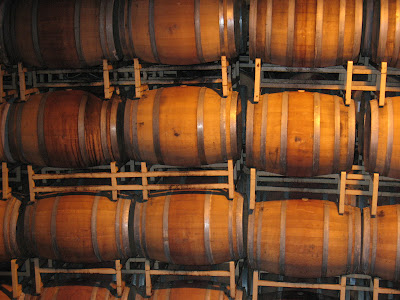 I decided it would be fun to do a taste test, comparing the merlot and cabernet sauvignon offerings in the three more common tiers: H3, Grand Estates and Two Vines. 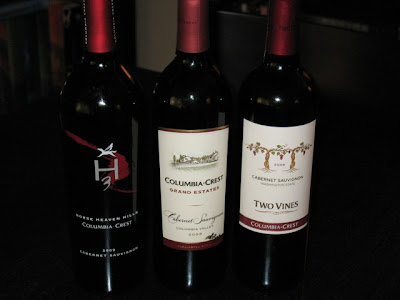 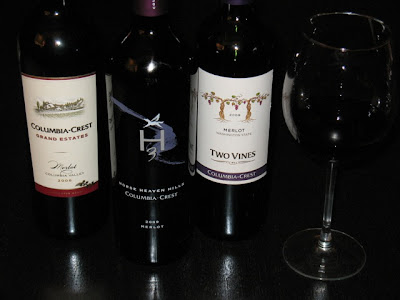 For the last 3 years or so, we've been particularly fond of the Grand Estates merlot, while the cab had been our favorite prior to that. So we were surprised to discover that the H3 was our favorite among the merlots. It had a richer aroma and a more refined taste than the other two. The Two Vines was good, but not very distinctive. The Grand Estates was noticeably more assertive than the Two Vines, with a better finish, but fell short of the H3.

Email ThisBlogThis!Share to TwitterShare to FacebookShare to Pinterest
Labels: wine