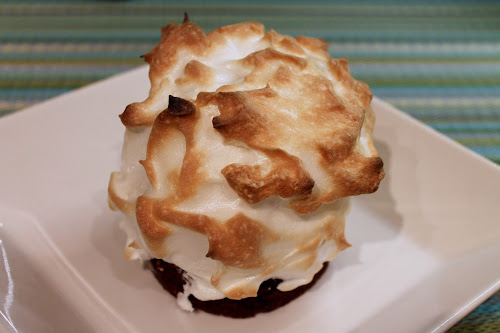 Baked Alaska is one of my favorite cooking "magic tricks." It's baked ice cream. That doesn't melt. What?!

Despite "molecular gastronomy" being a fairly recent invention, Baked Alaska, is a historic dish. Its origins go back to the 1800s when desserts made of ice cream encased in a cooked layer--sometimes pastry or the meringue that is traditional of Baked Alaska today. Chef Charles Ranhofer of the famed Delmonico's in New York is credited with naming and popularizing the dish in the late 1800s as a way to celebrate the United States' acquisition of Alaska. I've read that the browned meringue is meant to evoke the snowy mountains of the state, while the dessert's frozen center gets to the heart of the state's notorious northern temperatures. 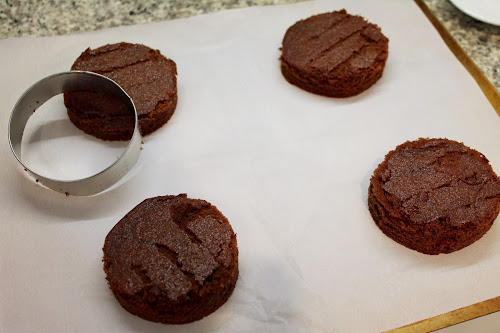 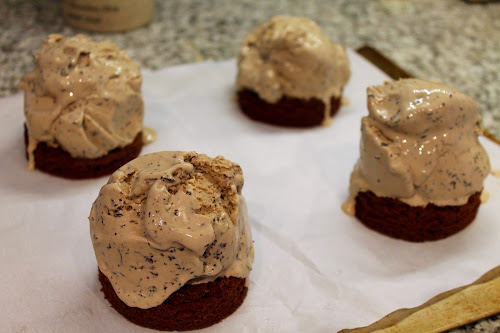 But how does it work? The layer of meringue--an egg foam--insulates the ice cream from the heat of the oven while it cooks, keeping the ice cream from melting. Food scientist Harold McGee explains the science simply in On Food and Cooking: "Egg foams are often used to cover and conceal the heart of a dish. Among the most entertaining of these constructions is the hot, browned meringue enclosing a mass of chilly ice cream: the baked Alaska, which derives from the French omelette surprise. This thermal contrast is made possible by the excellent insulating properties of cellular structures like foams. For the same reason, a cup of cappuccino cools more slowly than a cup of regular coffee." 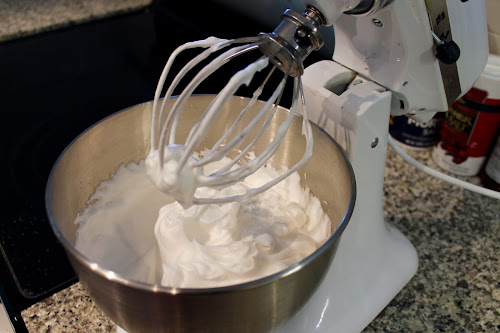 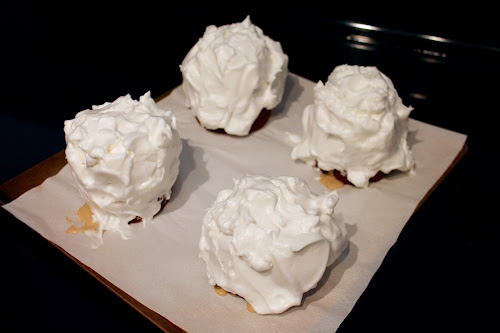 Hence, it's important to "seal" the ice cream by spreading the meringue all over the cream and sealing it against the cake base.

This particular version is inspired by the Chocolate Baked Alaska served at the Casey Jones restaurant in La Plata, Maryland. It was a Casey Jones I first had Baked Alaska, and I absolutely loved it. The chocolate cake, espresso/chocolate chip ice cream (I used a gelato actually) and meringue are a wonderful combination. I could think of no better way to celebrate our return from Alaska than by making this dish again. 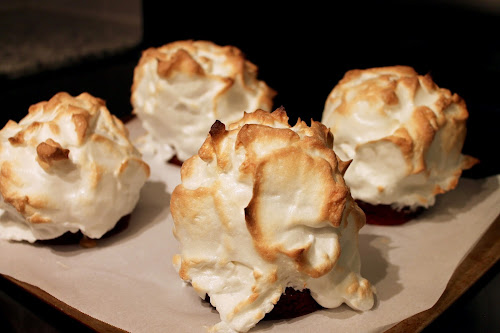 2. Using a 3-inch round cutter, cut the cake layer into four round pieces. Eat any remaining cake scraps (you know you want to). Place the cake rounds evenly spaced on the lined baking sheet. Place in the freezer until the cake is frozen, at least 2-3 hours.

3. Remove the cakes from the oven. Place a rounded scoop of ice cream (about 3/4 cup) on each cake. Return to the freezer to freeze hard, about 2-3 hours.

4. Make the meringue: Add the egg whites to the bowl of a stand mixer or a large mixing bowl (if using a hand mixer). Beat on high until frothy. Add the cream of tartar and continue beating on high until soft peaks form.Beat in the coffee liqueur, then gradually beat in the sugar. Continue beating until stiff peaks form (the meringue will appear glossy, dip a spoon through it and a peak will form that does not fold back down). Be careful not to overbeat.

5. Remove the cakes from the freezer. Using a spatula, spread the meringue evenly over the ice cream, sealing the meringue against the cake. If desired, use a spoon to make decorative spikes. Put back in the freezer until well frozen, at least 3-4 hours. 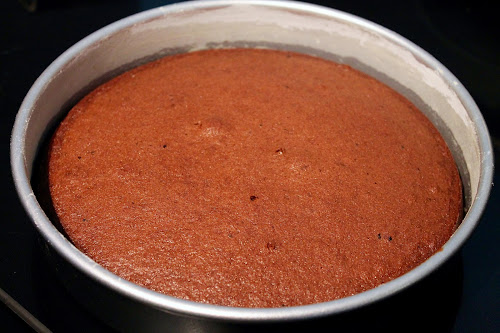 1. Preheat oven to 350 F with rack in middle position.

2. Grease an 8- or 9-inch round cake pan with butter. Place a round of parchment in the bottom of the pan. Grease the parchment. Flour the cake pan, tapping out the excess flour.

3. Beat the butter in the bowl of a stand mixer (or in a bowl using a hand mixer) on medium-high speed until creamy. Gradually add the sugar and beat the mixture until fluffy, about 3 minutes. Add the egg and beat another minute.

4. Whisk together the flour, baking soda, salt, cocoa powder and espresso powder. Combine the milk and vanilla in a liquid measuring cup.

5. With the mixer running on slow speed, add about half the dry mixture to the butter mixture, then add about half the milk. Repeat with the remaining dry ingredients and remaining milk. Scrape down the sides of the bowl and beat on low speed for another 15 seconds until the batter has an even texture.

6. Pour the batter into the prepared cake pan and smooth the top with a spatula. Bake until a toothpick inserted into the center of the cake comes out clean, about 23-30 minutes. Set the cake on a rack to cool for about 10-15 minutes. Run a plastic knife around the edge of the cake, then invert the pan to release the cake onto the cooling rack and cool completely.