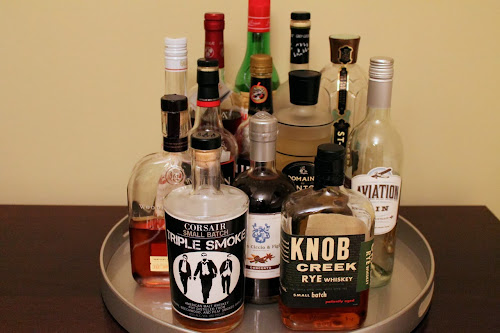 Buzzfeed: “The 25 Most Important Things That Happened In 2013 For Food Lovers,” by Emily Fleischaker.
From BarillaGate to Thanksgivukkah and everything in between, Buzzfeed presents a photo-illustrated list of the year’s top 25 food stories.

Washington Post: “Rene Redzepi of Noma shops like a cook, thinks like a chef on D.C. stop,” by Tim Carman.
How cool is it that Tim Carman got hang out in D.C. recently with Rene Redzepi of Noma?! Visiting our fair city to promote his book, Redzepi also visited the Penn Quarter FreshFarm Market where he picked up vegetables and cheese to cook with at CulinAerie, where he made Charred Onions in Cheese Sauce and Eggplant and Brussels Sprouts in Cilantro Sauce.

Washington Post: “Washington Post’s Best Cookbooks of 2013,” by Bonnie S. Benwick.
Benwick provides a great rundown, just in time for Christmas, including a top 10 list and other books sorted by category.

Eater: “The Zuni Cafe Cookbook and the Legacy of Judy Rodgers,” by Paula Forbes.
Last week, I included in The Feed an article about the passing of Chef Judy Rodgers of San Francisco’s Zuni Café. Forbes’ wonderful tribute looks at the chef and her Zuni Café cookbook, a meticulous work that refuses to dumb down the restaurant’s recipes and eschews many of the trends of contemporary chef-driven cookbooks.

A Thought for Food: “Roasted Cauliflower with Pine Nuts and Currants.”
I suppose because Judy Rodgers’ death is still on the forefront of a lot of people’s minds, I immediately thought of the Zuni roast chicken when I saw this recipe for roasted cauliflower, since they share the unique sweet-savory flavor combination of currants and pine nuts. This dish, which also features garlic and smoked paprika, sounds excellent. I’d probably give it a squirt of red or white wine vinegar for a little acid too.

Washington Post: “Lunch wars: How fast casual took over D.C., and why the boom is fading,” by Lydia DePillis.
I’ve often wondered why fast casual chains like Chipotle, Cava and Sweetgreen do so well in D.C. DePillis examines why our area has been the epicenter of this food trend and why the boom may soon start to fade.

The Observer: “Why posh restaurants are wasted on the rich,” by Jay Rayner.
For anyone who’s ever felt it’s unfair that those who can afford to eat in great restaurants often do not really appreciate them, here’s a rant from a British restaurant critic that’s right up your alley.

Retro Renovation: “1955 mid-century modern house time capsule — just 1,300 s.f., but packed with spectacular.”
My husband suggested I post this real estate story, which food-minded readers might enjoy for the pictures of its well-maintained 1950s-era kitchen. Check out that top-loading dishwasher!
Posted by Cook In / Dine Out at 12:00 AM