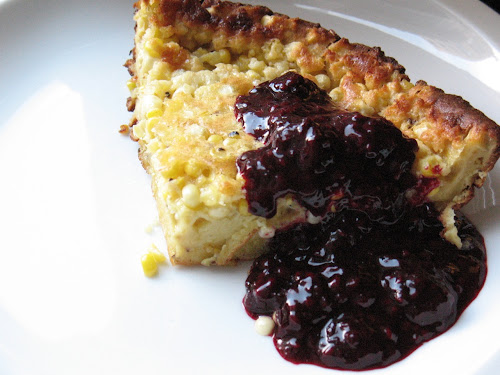 The New York Times Dining section ran this recipe recently, which features two summer stars together in a breakfast dish. It's got great corn flavor and, since there is little added sugar, it's not at all overpoweringly sweet. Rather restrained actually. 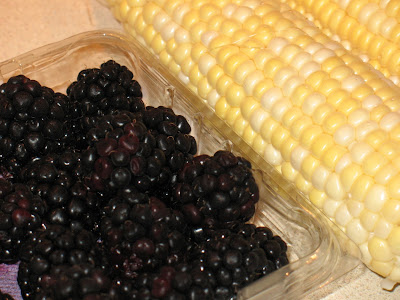 I was afraid I'd ruined the dish when I realized that the pan I was cooking it in was a casserole dish rather than a gratin dish (which I don't have). In the end, it worked fine though. So if you have a gratin dish, use that, but using a casserole instead seems fine too. 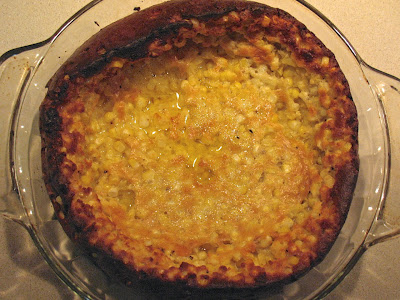 1. Preheat oven to 425 F. Add butter to a 2-quart gratin or casserole dish and bake until butter melts and starts to bubble, about 7 minutes.

3. Remove the dish from the oven and add the pancake batter. Bake until the pancake is well browned around the edges, puffed up and golden on top, about 20-30 minutes.

5. Serve the pancake in wedges topped with blackberry sauce.
Posted by Cook In / Dine Out at 4:30 PM