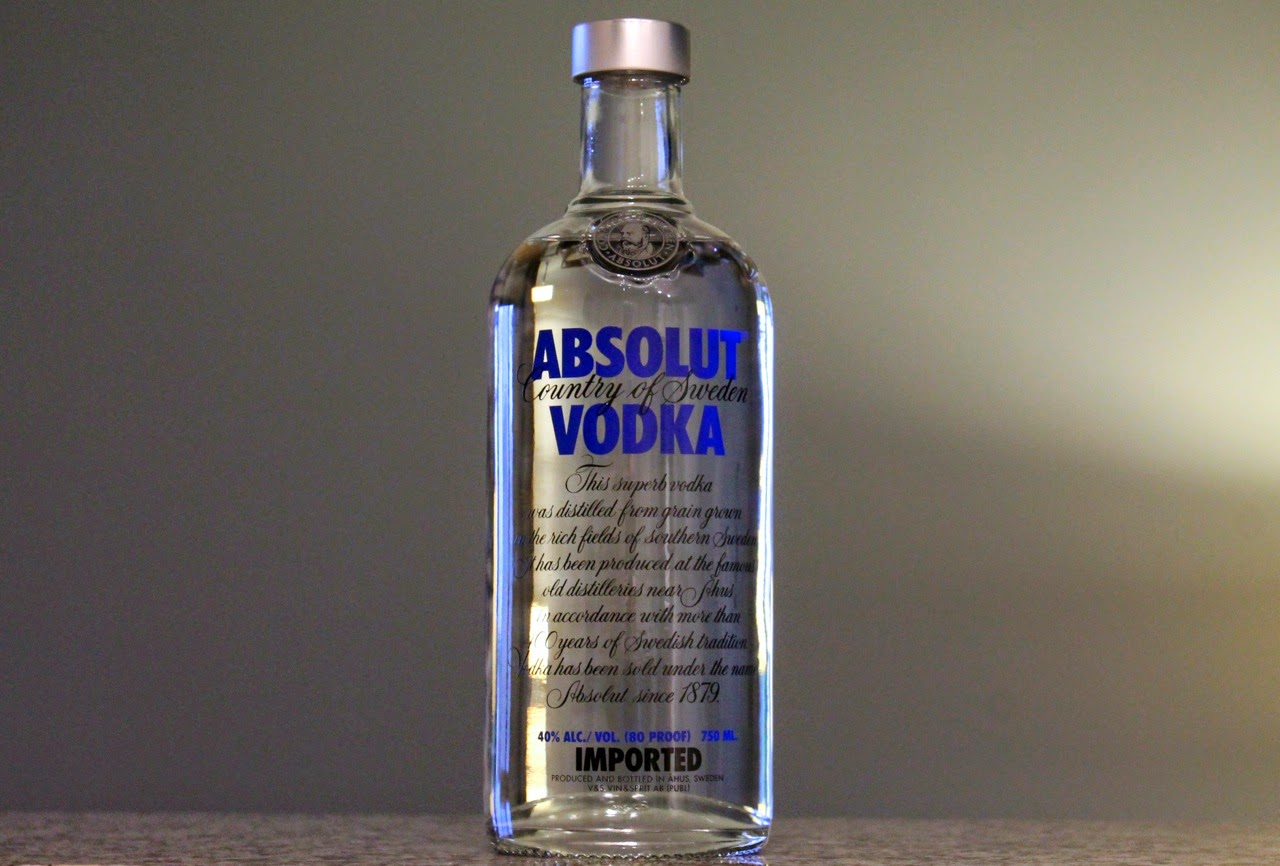 Washington Post: “Rethinking Dining Value: Eating at Restaurants Shouldn’t Be Only About Volume,” by Tim Carman.
Carman, who writes the Post’s $20 Diner column, considers the notion of “value” when it comes to eating out, teasing out Americans’ predilection to value quantity over quality in judging whether they’re satisfied with a restaurant experience. It reminded me my recent review of a restaurant that serves very good food, but for which I faulted a bit when it came to providing “value,” given that I didn’t think the quality was quite a match for its high price.

Washington Post: “Vodka, the Disraeli of Spirits,” by M. Carrie Allan.
I admit it. I’ve become an anti-vodka snob. That barely used bottle of Absolut pictured above? It’s years old. And there are far fewer cocktails on my site made with vodka than those made with gin, rum or tequila. I’m not alone either, as Allan notes it has become maligned in craft-cocktail circles, despite still selling strong to the general public. Yet, she makes a good argument for why vodka, basically a blank canvas, is the ideal base spirit for showcasing other flavors.

New York Times: “Hold the Regret? Fast Food Seeks Virtuous Side,” by Julia Moskin.
With profits from restaurant chains like Chipotle and Sweetgreen that sell better quality, healthier fare, Moskin examines the state of this so-called “farm to counter” movement and its impact on the fast food industry.

New York Times: “Chefs Move Beyond New York,” by Rebecca Flint Marx.
In a move that’s good news for eaters everywhere (except maybe New York, but they already have enough good options), chefs training in famous New York establishments are increasingly leaving the Big Apple when they depart those posts to open restaurants in other cities.

Buzzfeed: “46 Life-Changing Baking Hacks Everyone Needs To Know,” by Jessica Probus.
Chris gets credit for finding this one, a great list of tips by Probus, some of which I already knew but quite a few I didn’t, like the first tip: use a wet finger to retrieve eggshell bits from a bowl of cracked eggs. If that works, it will mean an end to chasing those suckers around the bowl with two spoons.

The Economist: “Food Names: Stressed Are the Cheesemakers.”
It happened with wine and now possibly with cheese: European producers are pushing to have certain names of cheese considered generic in the United States apply only to cheeses produced in specific European regions, cheeses like parmigiano-reggiano (parmesan in the U.S.), feta and gorgonzola. Soon that tall green can might contain “parmesan-like cheese” (some think it already does).

Eater: “Here's What Every Trendy Restaurant Menu Looks Like.”
A fun visual from Eater, celebrating all those dishes we’re all getting tired of at this point (kale Caesar, truffled potatoes, chicken for two, etc.).

WTOP: “5,000 square feet of vegan food: A reflection of D.C.'s changing taste buds?,” by Sophie Ho.
I get it, not everyone likes bacon as much as I do. And some people don’t eat any meat at all, or cheese, or butter. They’re called vegans! And they’re about to get a restaurant in downtown D.C. that will allow them the freedom to order something other than the plate of roasted vegetables at the bottom of the dinner menu.
Posted by Cook In / Dine Out at 12:00 AM