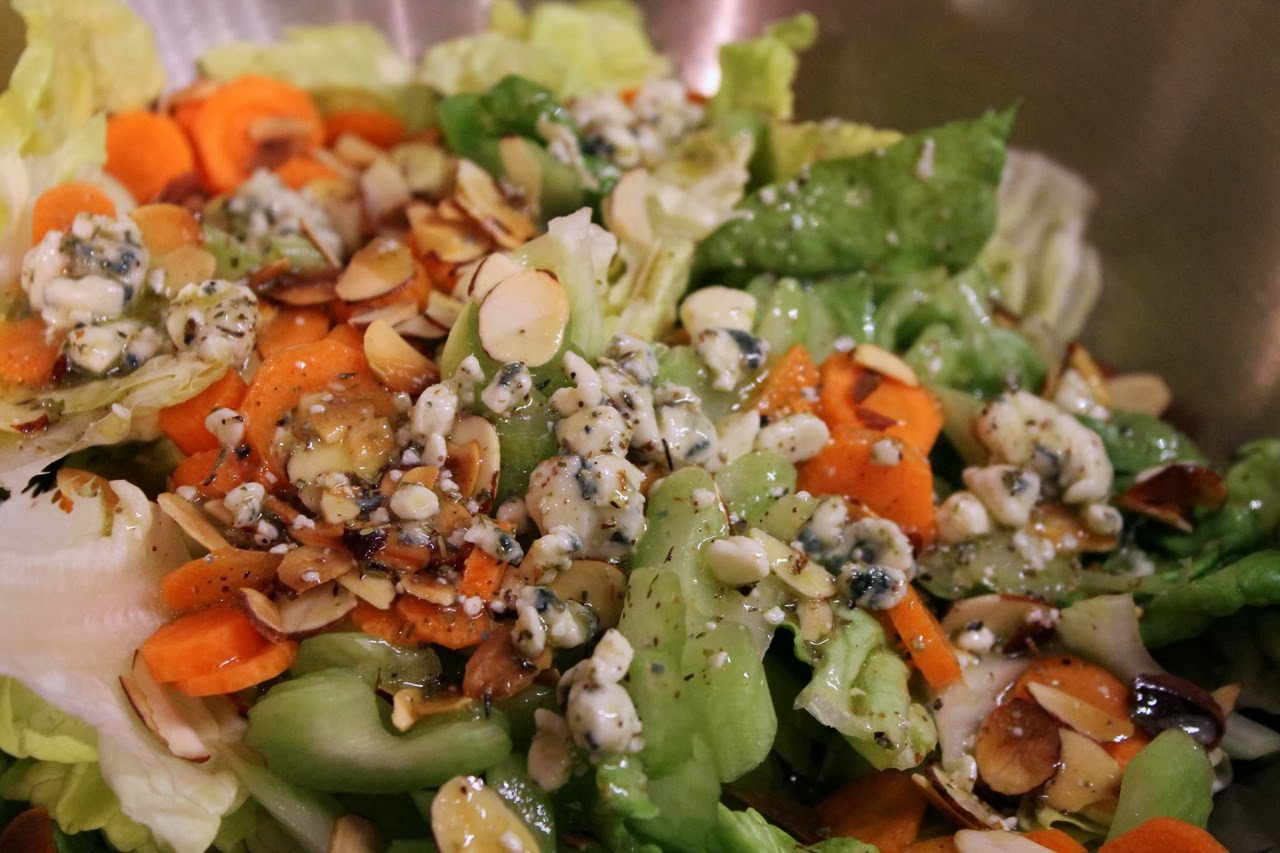 I've liked blue cheese dressing since I was pretty young, which is unusual, since a lot of kids don't like blue cheese. And I was a really picky eater--it's actually rather shocking that blue cheese was my favorite salad dressing when I was about 9 or 10. 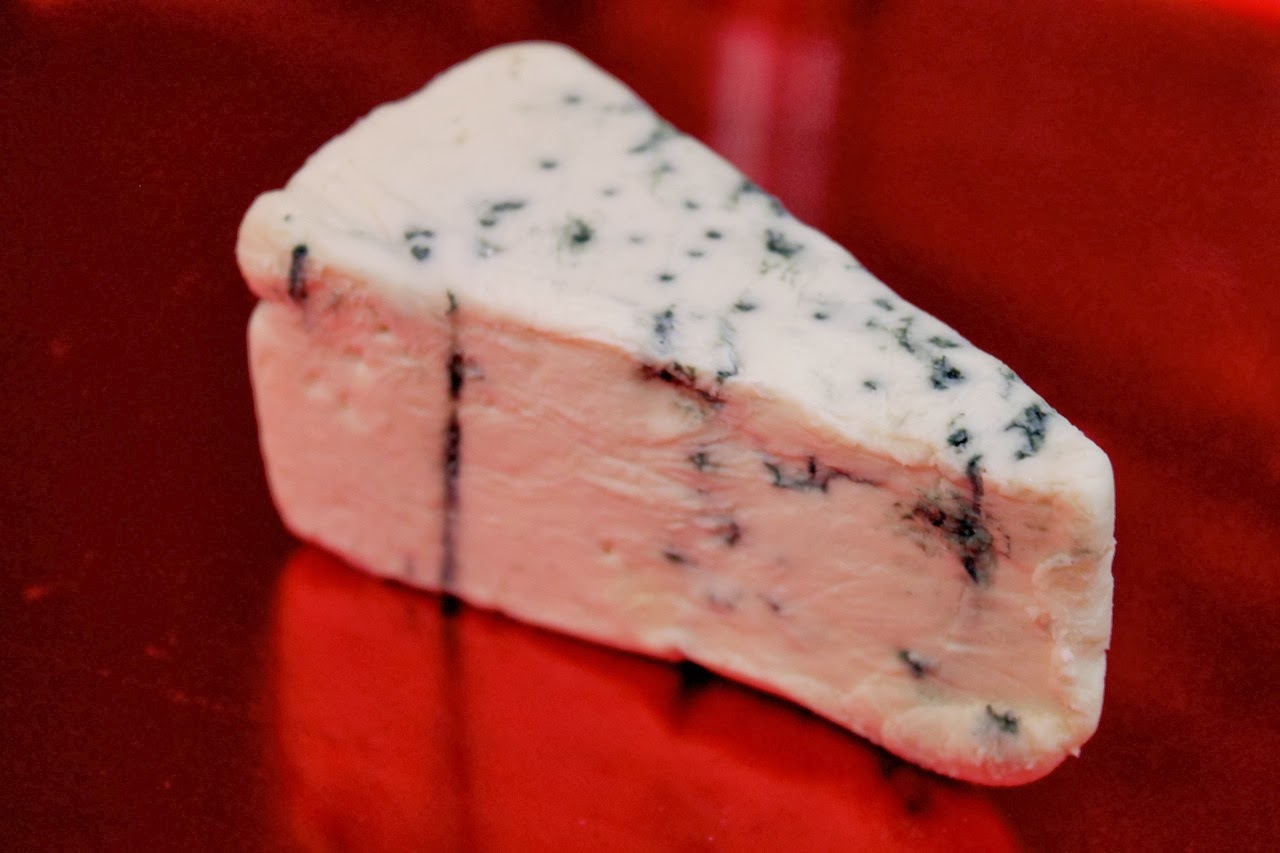 For a long time I only ever had the creamy variety. Then one day we happened upon the Blue Heron French Cheese Company in Tillamook, Oregon. Blue Heron is a wonderful place to visit. The store is filled with free samples, a deli counter with amazing sandwiches and a nice variety of Oregon microbrews. Filling up on samples one day I discovered Riverhouse Blue Cheese dressing, which is a vinaigrette blue cheese rather than the typical creamy type. I loved the tangy flavor of the dressing and became an instant devotee.

These days, I don't ever buy dressing (although I would buy Riverhouse if given the chance). However, I've sought to replicate the dressing with this recipe. You could use any blue cheese you like, although I suggest not using one that's too soft, since it's hard to crumble. 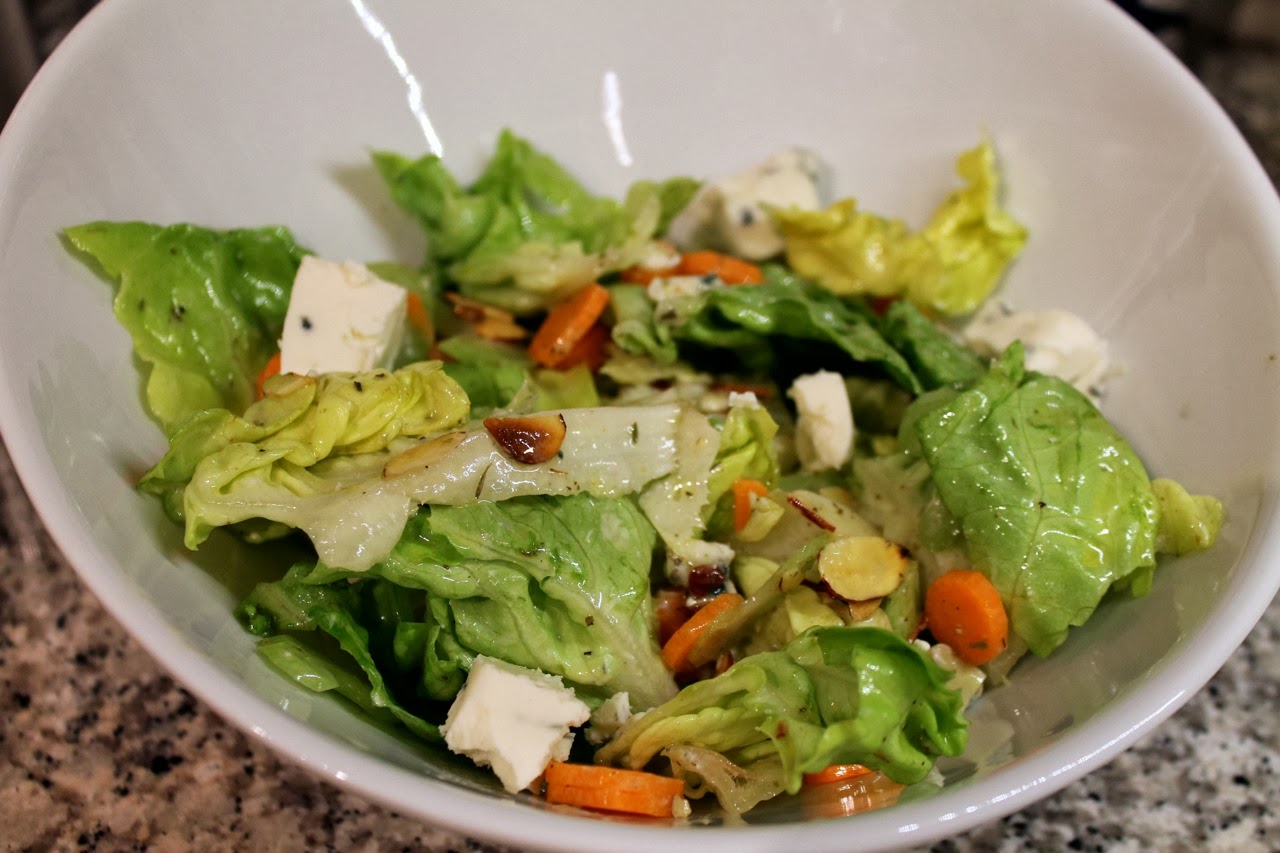 I served the dressing over a salad of bibb lettuce, carrots, celery and toasted almond slices with a few additional large chunks of blue cheese.

Makes enough for one large or two small salads

Combine the vinegar, sugar, salt, pepper and Italian seasoning in a 2-cup Pyrex measuring cup. Whisk with a fork until combined. Add olive oil and whisk vigorously until the mixture is emulsified. Add the blue cheese and stir to combine.
Posted by Cook In / Dine Out at 12:00 AM