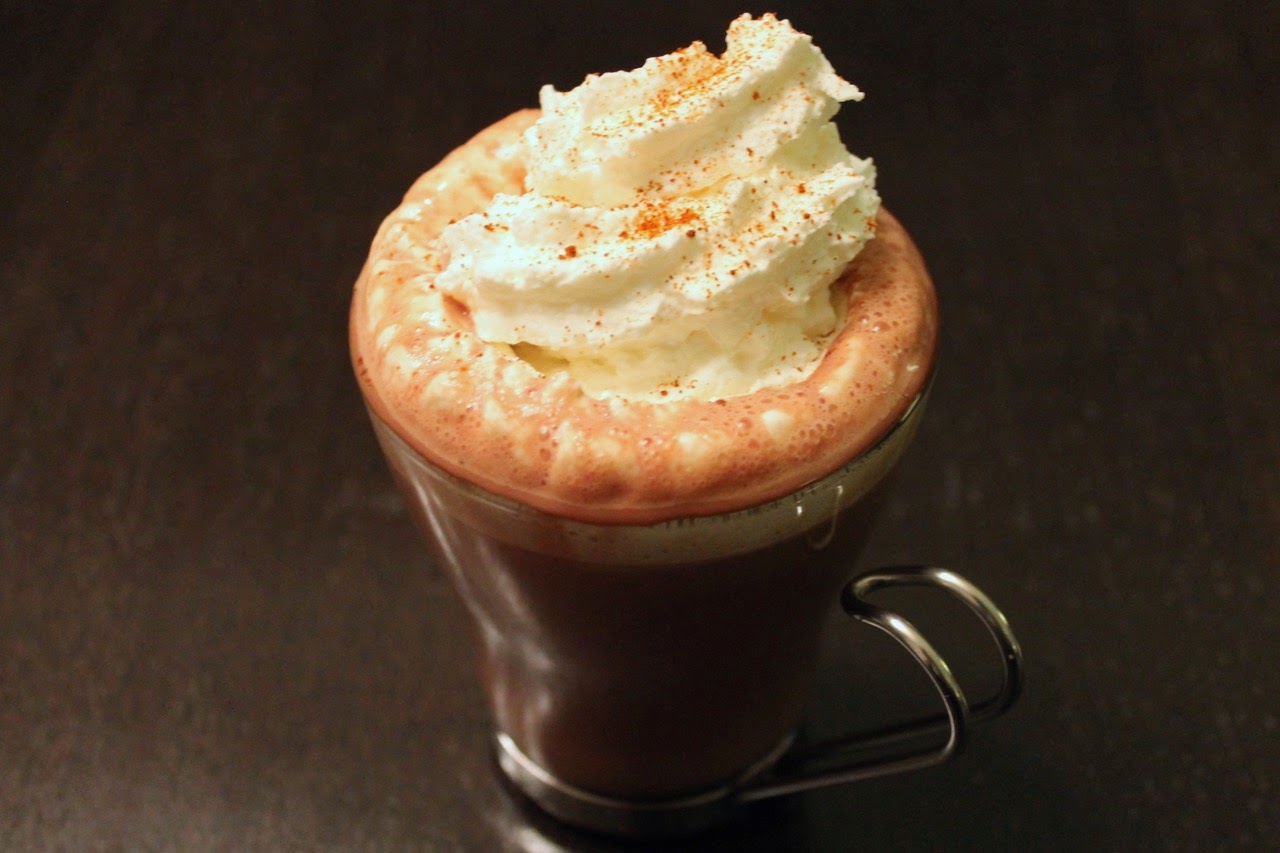 Looking for an interesting winter warmer, I came across this Spicy Aztec Hot Chocolate on Serious Eats. The drink warms you up on multiple fronts, being both hot and spicy with chile flavors.

The original recipe called for using a dried ancho chile pepper. Instead, I used Bittermens' Xocolatl Mole Bitters and Hellfire Habanero Shrub. Mole bitters seemed like a natural fit for a Mexican hot chocolate-inspired cocktail, since mole contains both chocolate and chiles. And the habanero adds a nice fiery kick. Using bitters also allows you to adjust the heat to your liking.

2. Blend the mixture with an immersion blender until frothy (or transfer to a blender and blend until frothy).

3. Divide the mixture between two glasses. Top with whipped cream and a sprinkle of ancho chili powder.

Scotchem (Apple Brandy Cocktails)
Posted by Cook In / Dine Out at 12:00 AM