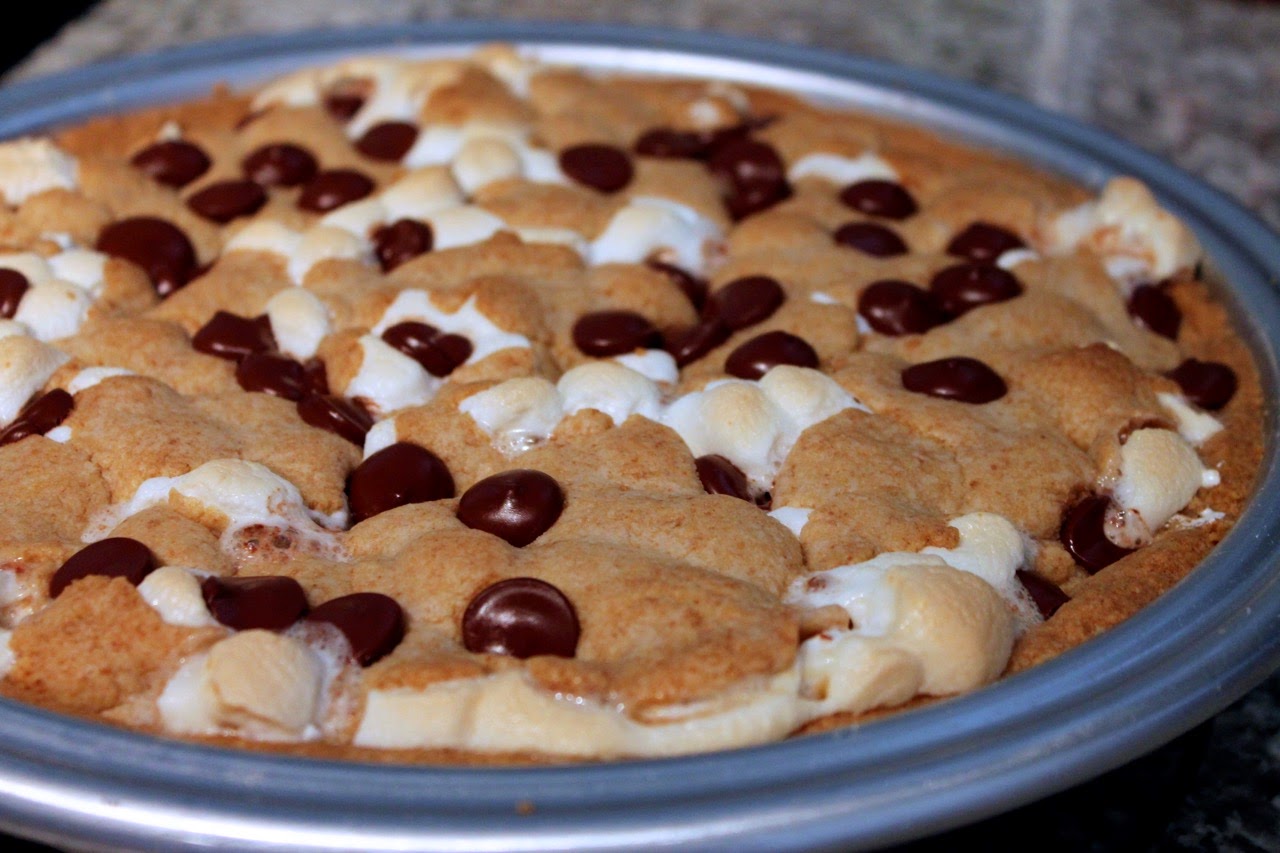 In theory, s'mores are a wonderful thing, the merger of toasted marshmallow, chocolate and graham cracker enjoyed near the crackle of a warm campfire. In practice, they are a disaster. The unmelted chocolate is odd against the melty marshmallow and how exactly would you melt the chocolate with a campfire? And if you're making them on the beach, which is where I usually toast marshmallows, sand is sure to be a fourth ingredient in your sandwich. The finished product is a sticky mess. 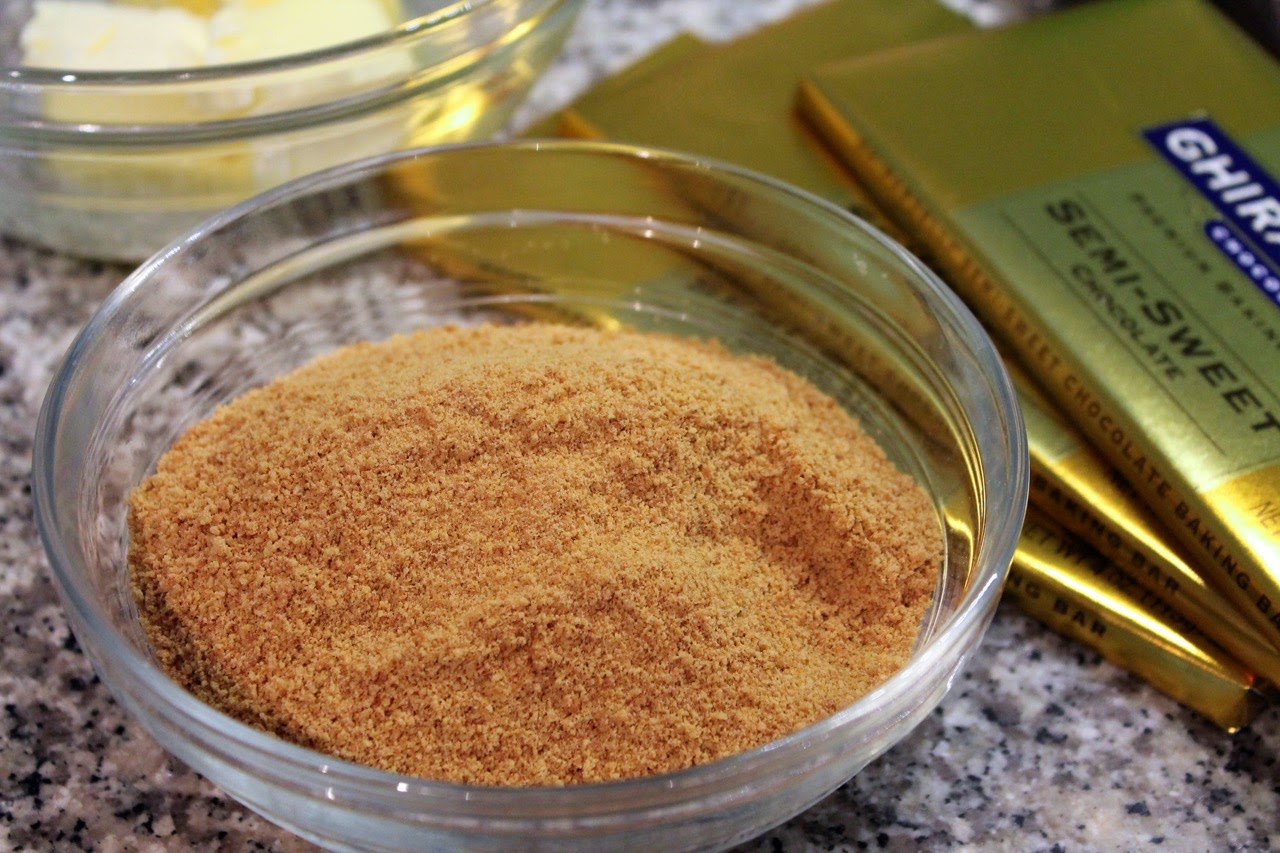 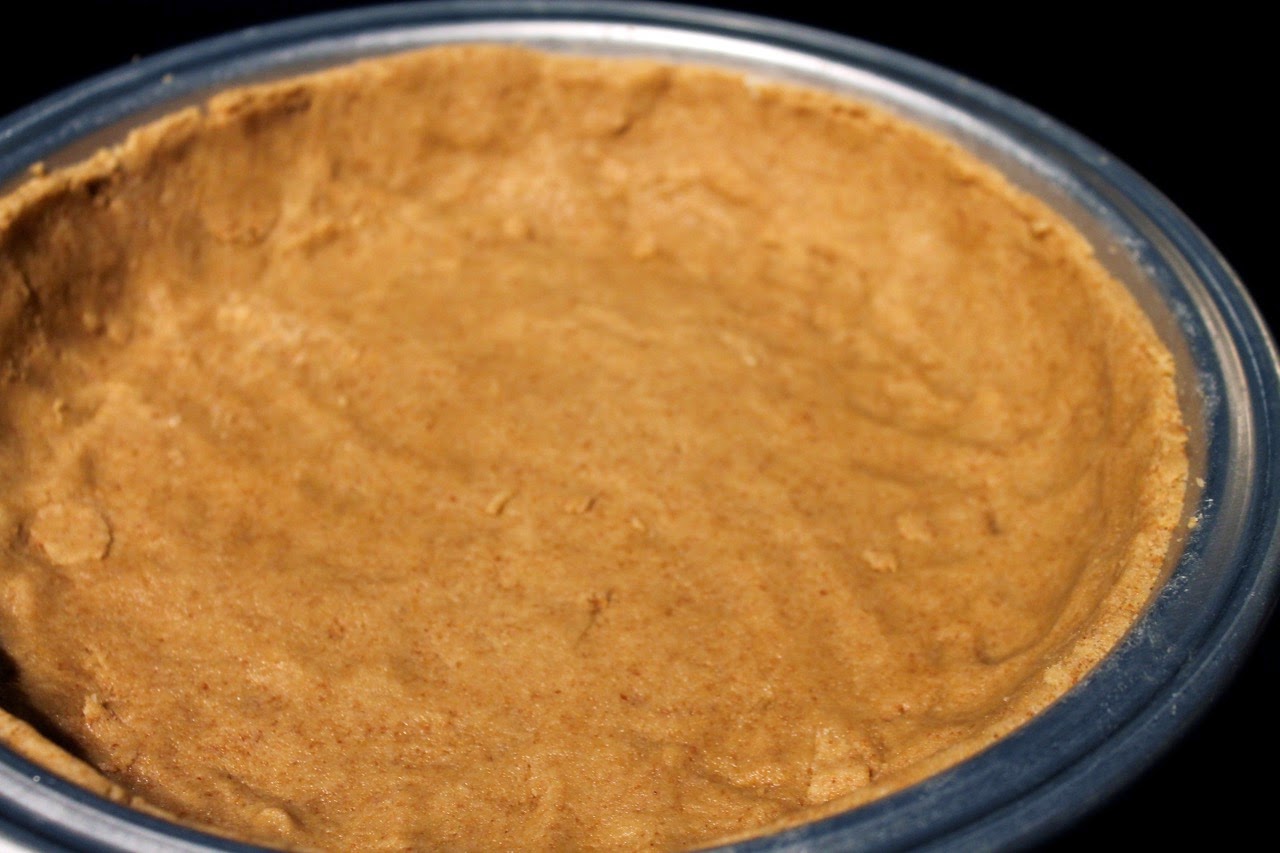 This s'mores pie, however, is fabulous. The marshmallows are browned and easier to deal with. The chocolate is melted. You can eat it with a fork! And it tastes great. It's also perfect for enjoying s'mores--typically a summer treat--during the cold season. Just think of how delicious this would be with a piping hot mug of cocoa. 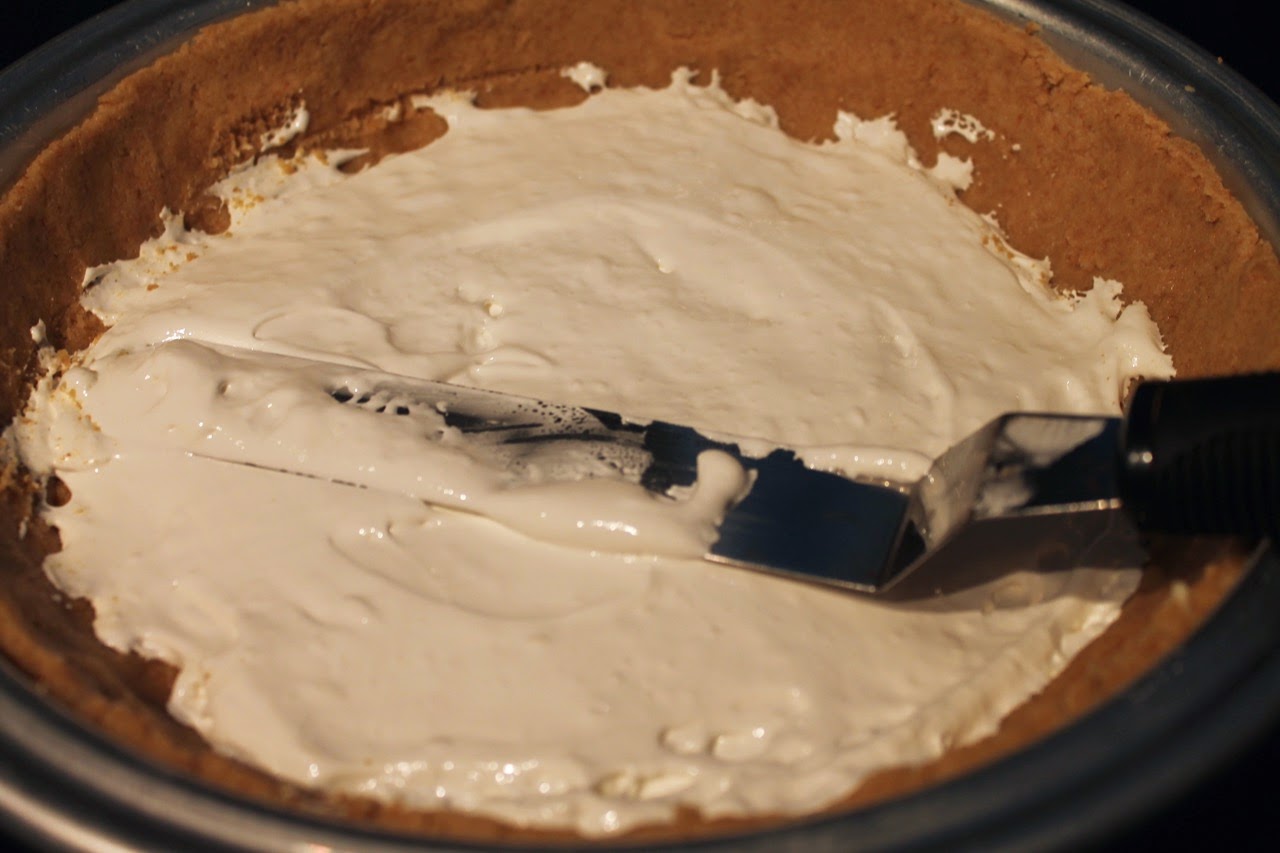 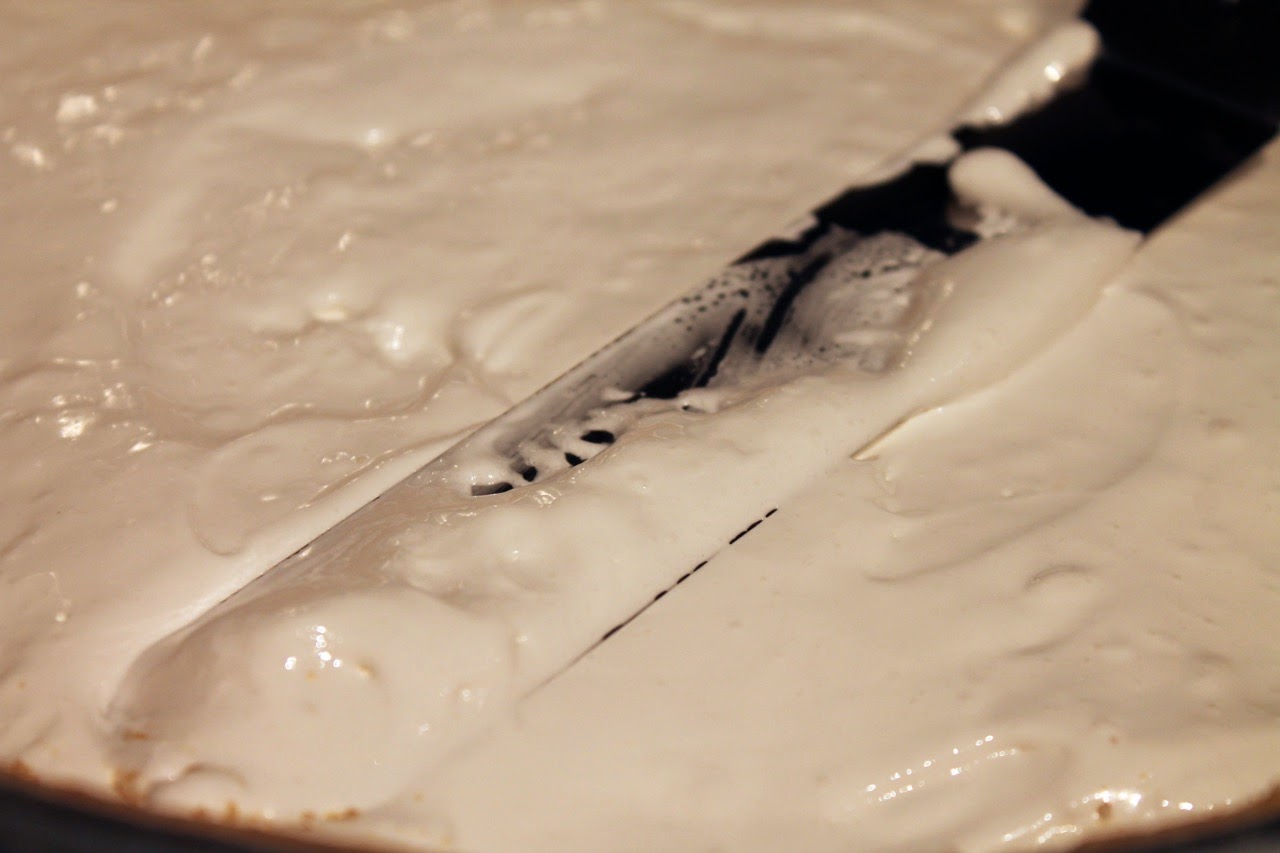 I found this recipe on the Tasty Kitchen site and made a few changes. First, I added salt to the filling. Combining salt with sugar helps bring out the latter's sweetness. You don't need a lot, but a little salt is a welcome player in almost any dessert. I used a little less chocolate bar than in the original recipe because I only needed 8 ounces instead of 12 to cover the bottom of the pie crust with chocolate squares, although I did fill in some cracks with chocolate chips. 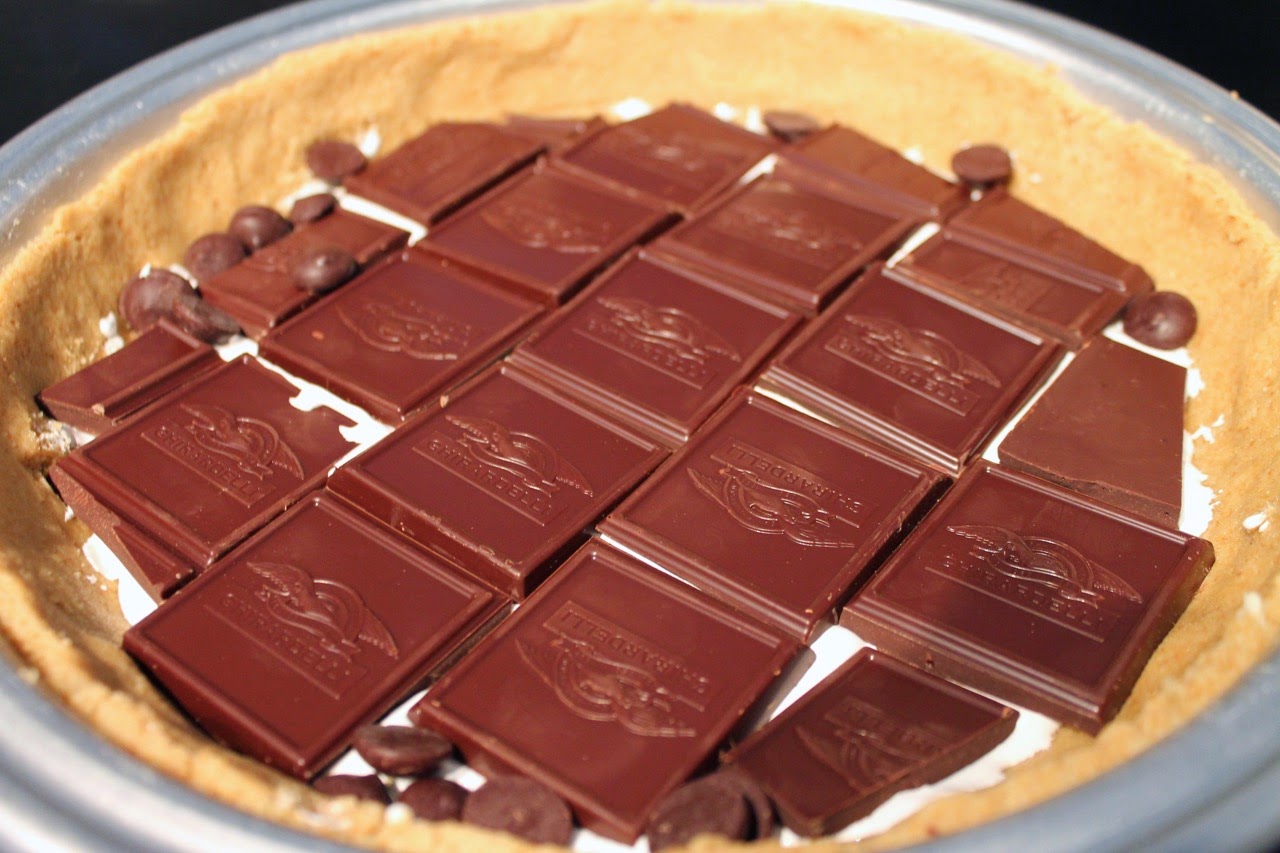 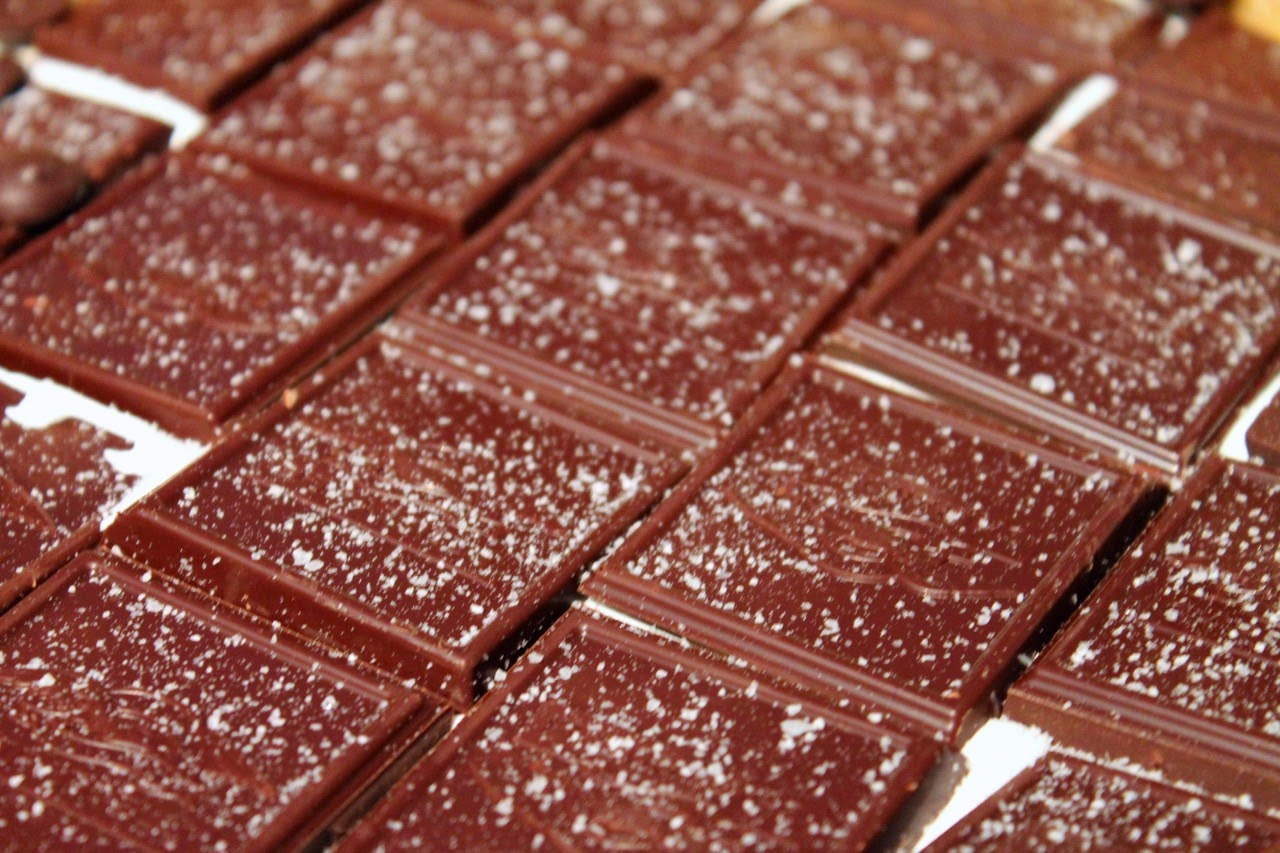 The crust is wonderfully easy: just combine graham cracker crumbs with melted butter. You can buy crumbs in a box or make your own by grinding up graham crackers in a food processor. If you do the latter, be sure to get a small, even crumb. 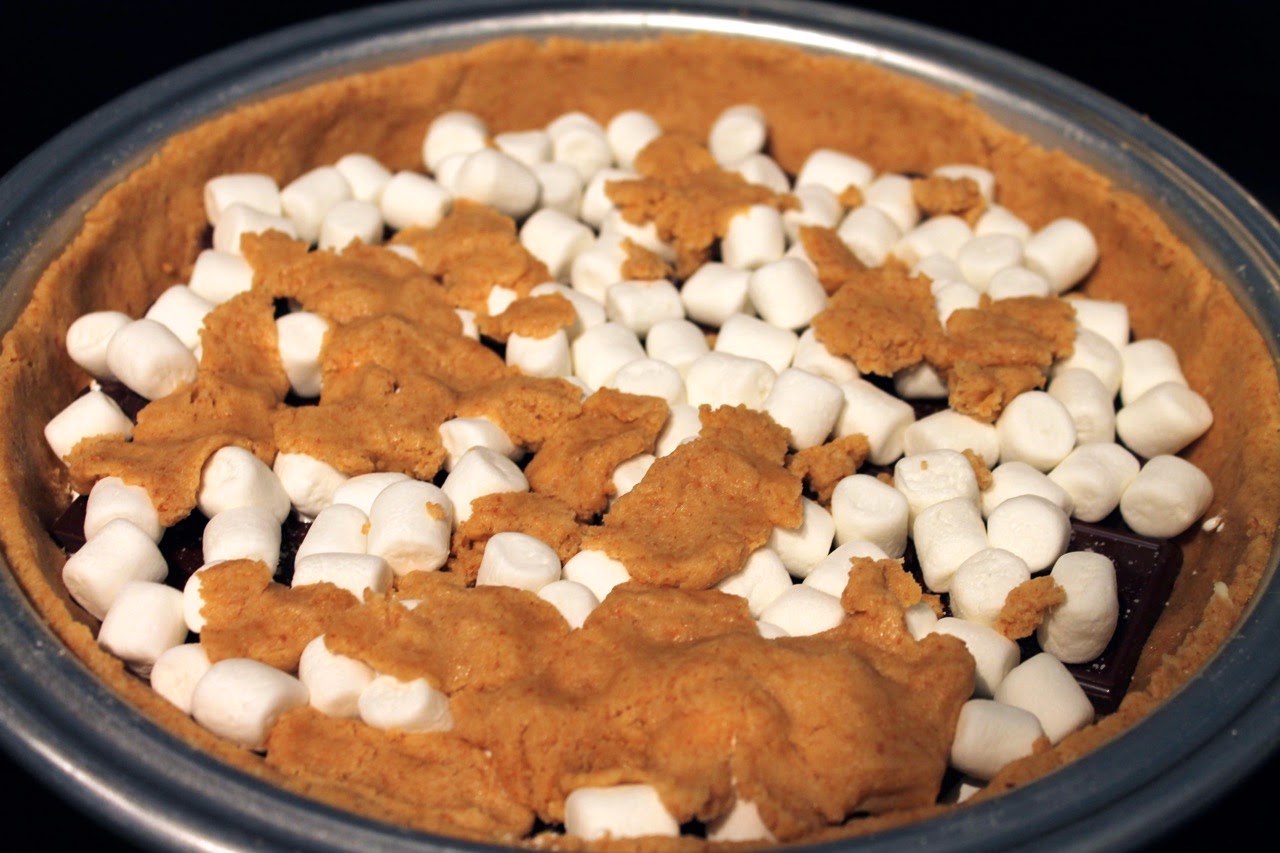 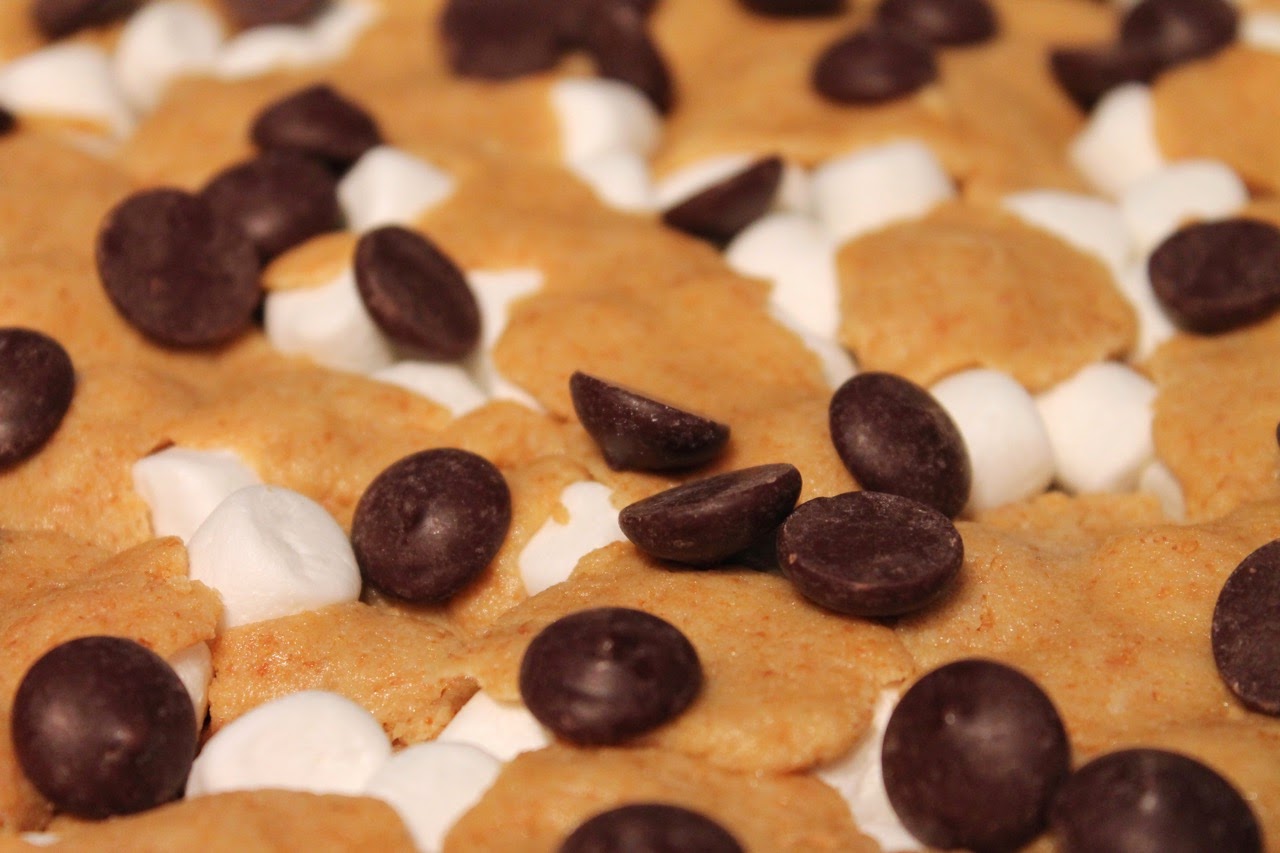 This was my first time working with marshmallow creme, sometimes called marshmallow "fluff." Interesting stuff. The container is so light, much more than I expected. The creme is quite thick however and very, very sticky. I used an offset spatula to spread it along the bottom of my formed graham cracker crust. 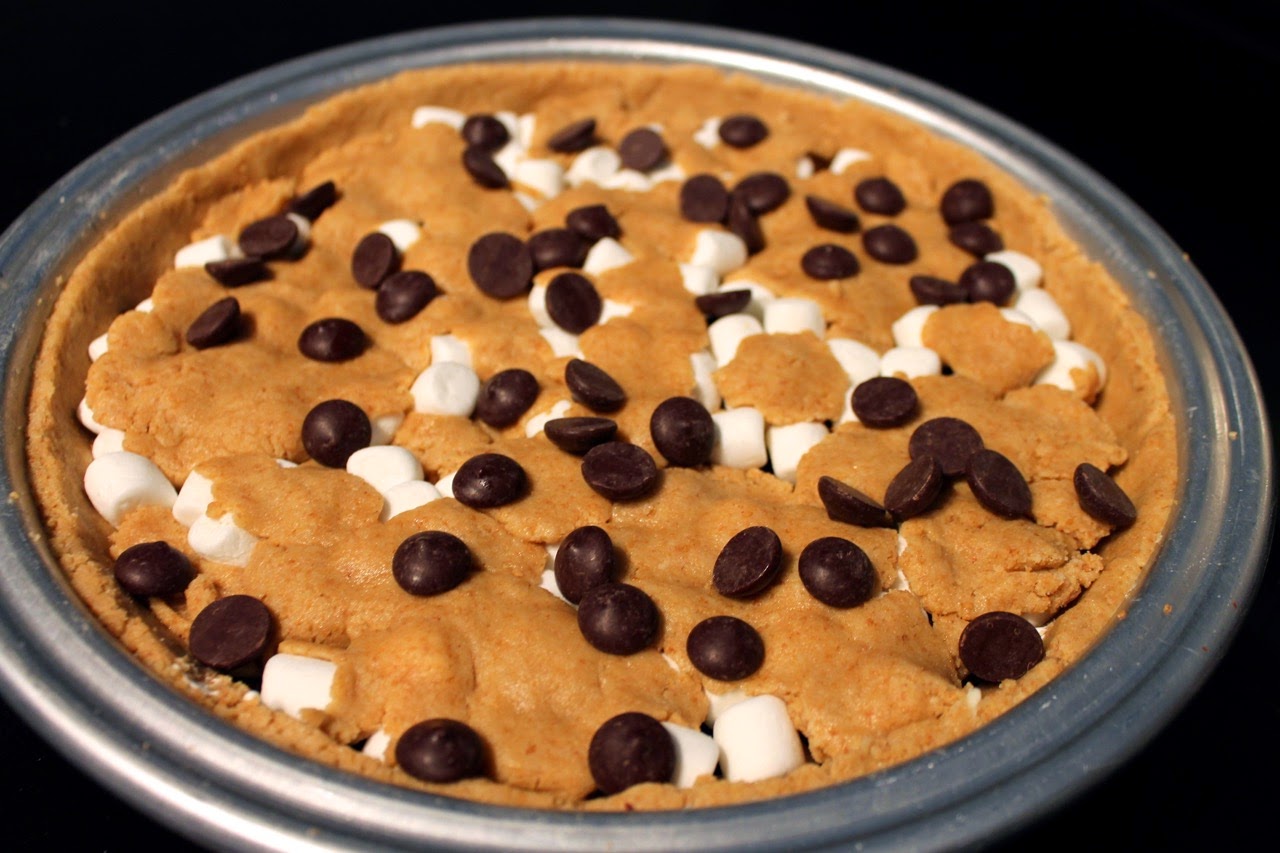 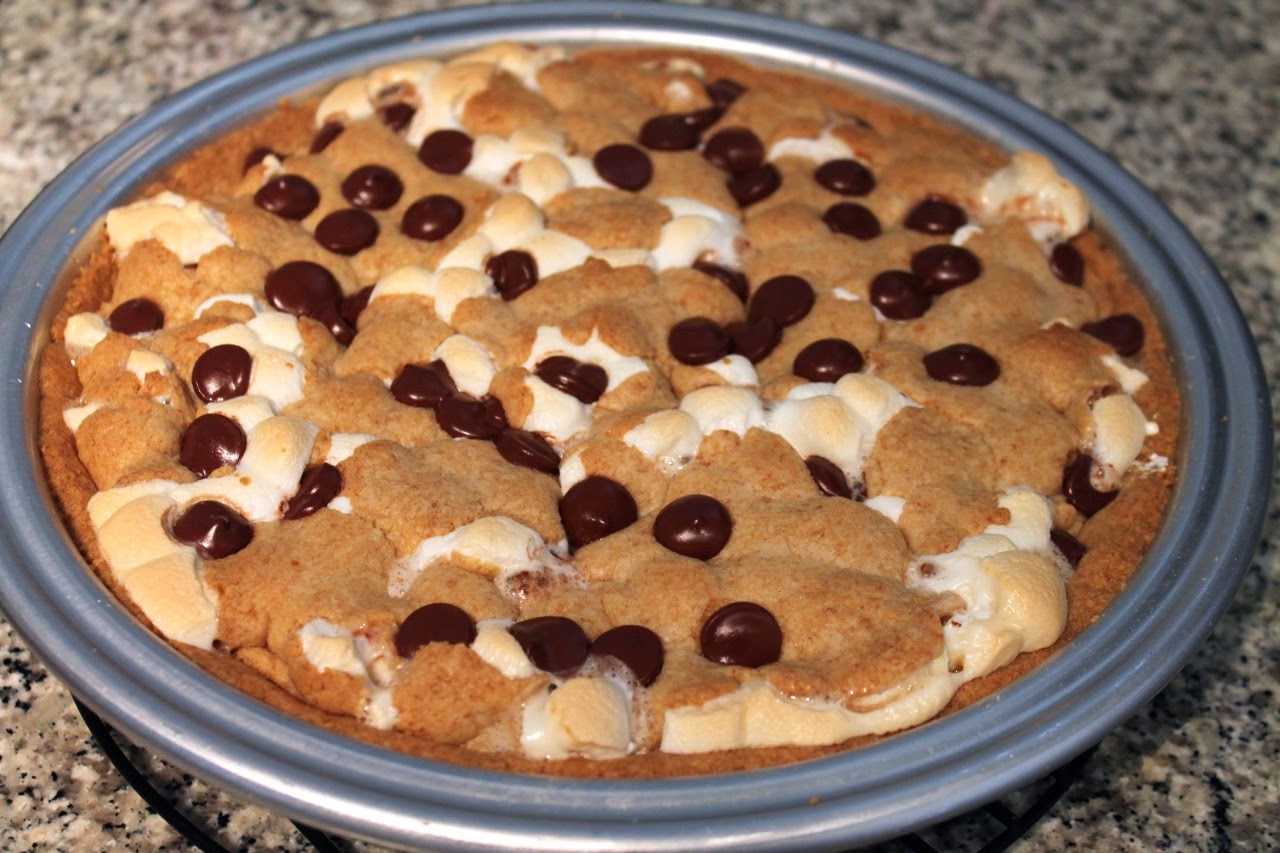 If the pie looks a little sunken before you pop it in the oven, don't worry about it. Unlike a fruit pie, this pie expands as it bakes, instead of contracts. Compare my photos of before the pie goes into the oven with after it comes out and you can see that it turned out just fine.

S'mores Pie
Adapted from a recipe by Tasty Kitchen

2. Combine butter and sugar in the bowl of a stand mixer and beat on medium-high until creamy (or use a large bowl and a hand mixer). Add egg and vanilla and beat on low until combined, then add the flour, graham cracker crumbs and baking powder, and continue beating on low until mixed. Divide the dough in half.

3. Using your fingers, press half the dough evenly on the bottom and sides of the greased pie plate. Spread the marshmallow creme evenly on the bottom of the pie crust (I recommend using an offset spatula for this). Break the chocolate bars into squares and line them up flush in a single layer on top of the marshmallow creme (break them in smaller pieces or use a few chocolate chips to fill any gaps). Sprinkle the chocolate layer with salt, then spread the mini marshmallows on top. Break up the other reserved half of the dough into little pieces, spread them evenly around the marshmallows and pat them into place so that they mostly (but not completely) cover the layer of mini marshmallows. Lastly, sprinkle the top with chocolate chips.

4. Bake the pie until lightly browned, about 20 minutes. Remove from the oven set on a wire rack to cool. Allow to cool completely before cutting (refrigerate if not serving immediately).
Posted by Cook In / Dine Out at 12:00 AM